A complaint letter is a letter written to concerned authorities if we are not satisfied with the service provided by them. These letters are usually formal in nature. Sometimes when we order a product and it is received defective then we write the letter to the related person or company, complaining about the product

Things to know writing a letter of complaint:

Please have a look at this letter of complaint layout template example:

Dear Sir/ Madam / Manager / To whom it may concern,

If you do not know the name of the person you are writing to, use this. It is always advisable to try to find out a name.

If you know the name, use the title (Mr, Mrs, Miss or Ms, Dr, etc.) and the surname only. If you are writing to a woman and do not know if she uses Mrs or Miss, you can use Ms, which is for married and single women.

You should always be polite and respectful, even if you complain. A useful way to achieve it, especially in formal letters is to use ‘modal verbs’, i.e., would, could or should.

You should identify what the issue is and any relevant information that you believe is important. Include more details if it’s applicable to the situation.

3. The next paragraphs (the body)


You can extend your thoughts and feelings further. Yet, be sure to stick with the facts and avoid putting emotions into your letter.

Write how you want this problem to be solved.  You can also throw in some compliments about something you liked about their company’s product or service.

Yours faithfully
{You name}

You and a friend, Sam, bought some CDs to help you improve your English. You were not happy with the CDs and have decided to write to the publisher, CD World. Read the email from Sam and the advertisement for the CDs below, on which you have made some notes. Then, using the information appropriately, write a letter to CD World explaining why you bought the CDs, why you are dissatisfied and saying what you would like the company to do.

I am writing to express my disappointment with the course of English language CDs which I purchased from your company a few days ago. I have a good theoretical knowledge of English grammar and I was hoping that your course would help me to improve my conversational fluency and my knowledge of business English, but I feel your product is unsatisfactory and your advertisement is misleading in several respects.

To begin with, your advertisement states that the course provides English conversation for pleasure and business. This naturally leads one to expect that there are commercial English conversations on the CDs, and yet no such conversations are included. In addition, the student is expected to listen and repeat the conversations, but there is not enough time to do this without constantly pressing the “pause” button. Finally, your advertisement gives the impression that the price for the whole course is 20 euros, whereas in fact the CDs cost 20 euros each. The total price is thus 120 euros. I feel this is, to say the least, somewhat misleading.

For these reasons, I am most dissatisfied with your product. I am returning the CDs and expect a full refund. I hope to hear from you soon.

Yours faithfully
(your name)

You recently took a self-catering holiday in a luxury apartment, but the standard of the accommodation was very poor. The holiday company that you booked with have offered you some vouchers as compensation, but you have decided you would prefer a cash refund instead. Write a letter to the company outlining the problems you experienced with the accommodation and the action you want them to take.

I am writing to complain about the bad standard of accommodation during my last holiday. I booked this self-catering holiday last year in your travel agency. When I returned from my two-week travel last week, I immediately visited the agency to complain about my bad experiences.

Had I known that the accomodation would be so poor, I would have booked from the beginning a full-service holiday. What I expected was a luxury apartment with a small oven. Not only was the room dirty and full of bugs, but the shower was broken and unusable. To make matters even worse, there was no oven as I ordered it. Never before have I seen such a bad service at a self-catering holiday. You can imagine my anger when I had to eat out, smelling like a … Not surprisingly, I booked another room, though without oven but clean and with a working shower. Therefore this room cost a lot more than the other one and I had to go out eating.

My purpose in visiting the agency was to ask for compensation. The young lady who served me offered some vouchers as compensation. She advised me to take my time with the answer. I have decided to ask your company for a cash refund. Would a refund about 500 euros be too much to expect? I would like to ask you to have a look on my enclosed accounts. Seeing how much money I had to invest additionally will help you to decide what to do about the whole matter.

At the very least, I would like you to inform me of the action you will take with regard to my extra invested money. Unless adequate action is taken, I shall have no other option but to publish this letter in the local newspaper.

You recently had a short holiday organized by TravelWise. The manager of the company sent you a letter asking to state the problems which had occurred during your vacation. Write a letter to the manager, explaining what the problems were and telling them what you want them to do.

Write your letter. Don’t include any postal addresses.

I am writing with reference to your letter, where you politely requested a feedback of my recent vacation organized by TravelWise. As you already know I was displeased with numerous points.

Firstly, the hotel I stayed was located in a run-down and dangerous neighbourhood, on few occasions I was approached by a drug dealer and a beggar. When it comes to the room it was completely different from what had been presented in your brochure. Dirt, darkness and rats were my company throughout the stay, I actually changed rooms few times, however it seemed all the rooms were in similar condition.

One of the reasons I had chosen your company was the free of charge spa and trips organized by your staff. It turned out that I had to pay extra for all of these services. And although it might be true that the water sports provided were amazing it does not change the fact my holiday was ruined by the above problems.

I must ask you to refund all the costs of my vacation including extra charge for spa and trips please.

I look forward to hearing from you soon.

You recently stayed at one of a chain of large hotels and encountered a number of problems during your stay. Write a letter to the company’s head office detailing the problems you had, describing what happened when you complained to the hotel staff and suggesting ways the company could improve its service.

You and a friend, Sam, bought some CDs to help you improve your English. You were not happy with the CDs and have decided to write to the publisher, CD World. Read the email from Sam and the advertisement for the CDs below, on which you have made some notes. Then, using the information appropriately, write a letter to CD World explaining why you bought the CDs, why you are dissatisfied and saying what you would like the company to do.

You recently travelled to work by train, and were appalled because the train was dirty and the canteen facilities were poor. Due to work on the tracks, your train failed to arrive at its destination on time, which made you late for work. You have decided to write a letter of complaint to the railway company, expressing your views and stating what you expect them to do about the problem.

Dear Sir or Madam, / To whom it may concern,
I am writing to express my disappointment with/dissatisfaction with the service I received in…
I would like to lodge a formal complaint against your company for the reasons outlined below:
I feel compelled to write to you in order to describe the

First of all,
Not only was there a hair in my wife’s soup, but the main course also arrived cold.
On top of that…
As if that was not enough…
To top it all off…
My first complaint is
The first problem is
The first thing I would like to draw your attention to is
My first concern is
The straw that broke the camel’s back was…

The standard of the… was not up to scratch.
The… was not up to the expected standard.
The… left a lot to be desired.
The… failed to live up to our expectations.
We were left bitterly disappointed by…
The quality of the customer service we received was woefully inadequate.
The… was an absolute disgrace. (v.strong)
Overall, our visit to your (restaurant) was an unmitigated disaster from start to finish.

How to write a formal Letter/Email ? | C1 Advanced (CAE)

Writing paper will require a response which is consistently appropriate for...

How to write an informal Letter/Email ? | C1 Advanced (CAE)

Informal letters are sent to people you know well (for example,...

How to write a Letter of Application? (FCE, CAE, CPE)

Letter of application is always formal in style unless the question...

Writing paper will require a response which is consistently appropriate for...

How to write a formal Letter / Email? | C2 Proficient (CPE)

Letters in the C2 Proficiency Writing paper will require a response...

IMPERSONAL PRONOUN “ONE” We use the pronouns “one” and “you” to... 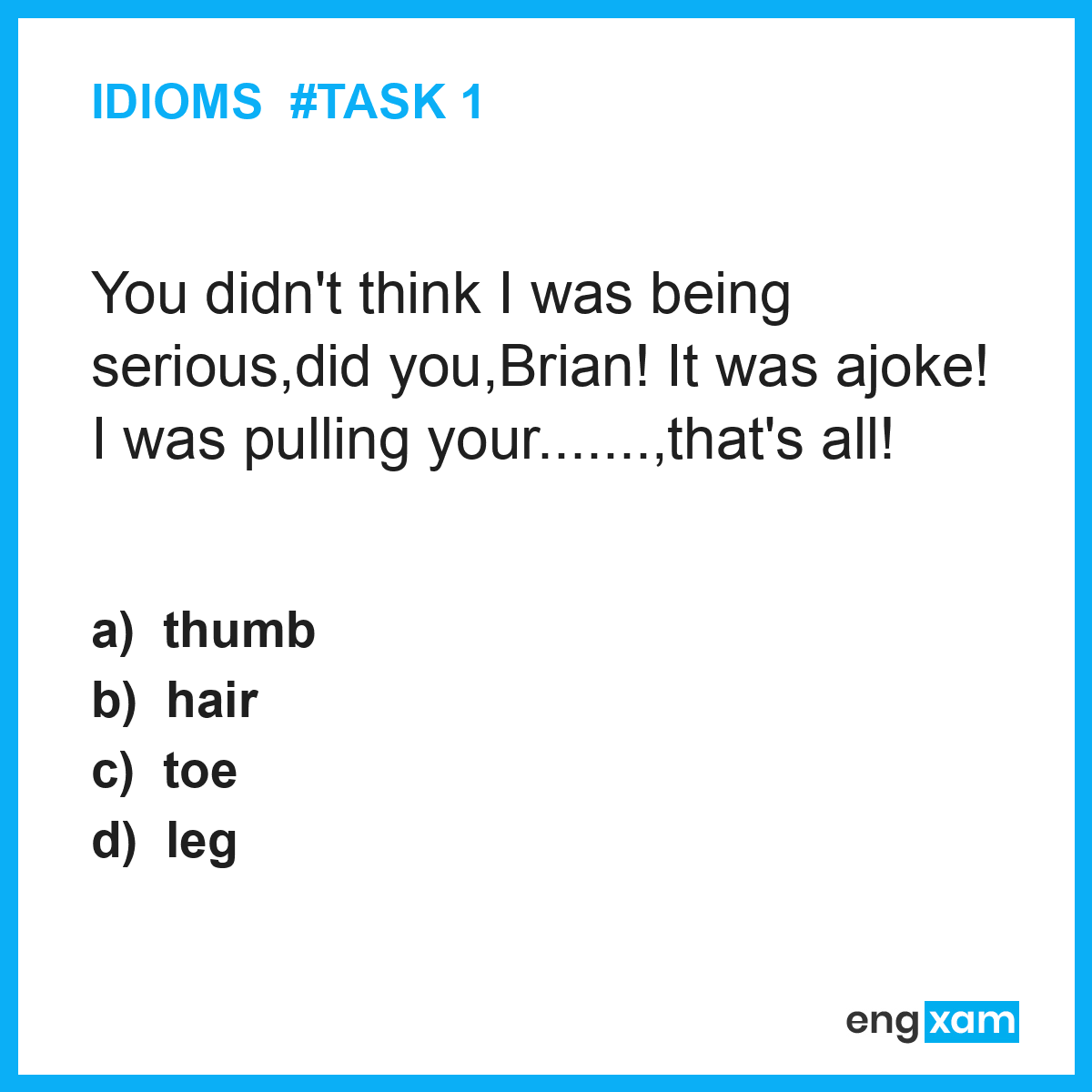